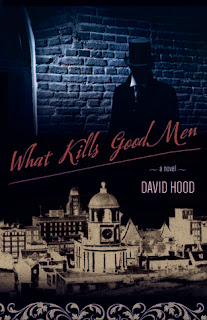 For the last Whodunit meeting of 2015 we discussed "What kills good men" by David Hood.  Of the twelve members who voted, this novel garnered an average score of 7/10.  Most of the scores were high, though two very low scores brought the average down.
All but two members stated they would read another book by this author.  It turns out that there will be a sequel featuring many of the same characters - so they are in luck!

David Hood's novel, set in 1899 Halifax, Nova Scotia follows one week of a murder investigation.  The victim was a prominent member of society, a city alderman, who was living a double life.  The policemen were a duo of high integrity and morals.  The elder, Culligan Baxter, was a married man and a Catholic who was burnt out, embittered, and highly judgmental.  The younger,  Kenny Squire, was just learning the ropes and was working his very first murder investigation.  There was obviously a lot of respect between the two policemen and their rapport was a pleasure to read.

The title was discussed and we felt that the 'good man' of the title was not the murder victim, but rather the policeman, Culligan Baxter.  What 'kills' him is the fact that justice is often denied, and that the world is not black or white, but a shade of gray as murky as the Halifax fog.

The winners of the book giveaways this month were:
The next meeting of the Whodunit Book Club will be January 26, 2016
We are trying something different next time... a true crime novel!
"Blood will out" by Walter Kirn
Hope to see you there!

Anyone interested in looking at some photos of 'old' Halifax might want to take a gander at this blog:  https://oldnorthend.wordpress.com/
Posted by Unknown at Wednesday, November 25, 2015 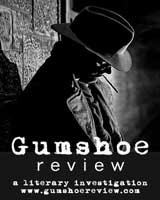